In this week’s review of the personal injury claims market we will take a look at how Brexit may affect claims going forward, the Windrush scandal and discuss how the UK government can be held 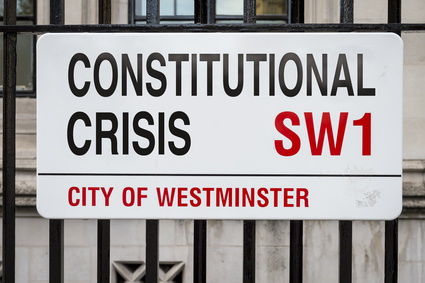 to account for personal injury claims. These are very important issues which highlight the fact that nobody is above the law and where there is negligence there may potentially be a claim.

There are obviously serious concerns about Brexit negotiations and how they may impact not only life in the UK but also the pursuit of compensation for injuries received within the EU. At this moment in time, as a member of the EU, the UK is party to an array of EU directives which are meant to make life easier when looking to claim compensation. We know things cold be very different if Brexit actually goes through but how will they change?

While we are thankful that the UK and EU have managed to come together to publish some advice on travelling across Europe, the information is not in depth. The advice seems to centre round baggage control and passport renewals when many people are looking for confirmation about their rights going forward. It applies just as much to EU residents as it does to UK residents as there will still be a relatively strong flow of people between the EU and the UK – both ways. So, what should we be aware of with regards to personal injury claims?

One market – for now!

One point of the EU is that legislation passed by the European Parliament covers all EU states. In effect, the EU is seen as one large state in the eyes of the law even though it is made up of a number of different sized countries. For example, if you were to have an accident in France which caused you physical or mental distress you could pursue the defendant and their insurance representatives in the UK. While we may take this for granted at the moment it should change after Brexit because EU directives should not cover the UK after the leaving date. In reality there may be side-agreements between the UK and the EU going forward but at this moment in time it seems like it will be a clear break.

Therefore, UK residents looking to pursue personal injury claims against overseas parties would likely need to go through the local courts. This could see a significant increase in costs, time and many different legal and cultural issues to navigate. It is difficult to get any definitive comment from the insurance companies because at this moment in time it is all pure speculation. Will the UK and EU be able to cobble together a last-minute deal? Will Brexit be cancelled? Or will this now bad tempered separation go ahead?

Road Traffic Accidents In The EU

If you look back over many years you will see that various EU directives have focused on road traffic accidents involving EU citizens, right across the EU. The idea was simple, legally all EU citizens would be able to pursue compensation through their home courts. This would ensure that language barriers were not detrimental to the case, reduce travelling costs and ultimately reduce legal costs. When you bear in mind the different standards of driving across the EU, not to mention the varying standard of roads, this could have serious repercussions for those UK citizens travelling in the EU and vice versa.

Over the last few years we have seen Windrush hit the headlines on numerous occasions and in all honesty this still has many years to run. The whole issue revolves around the rights of individuals who travelled from the Caribbean to the UK in 1948. Travelling thousands of miles on the “Empire Windrush” ship they proved to be an extremely important source of labour to help rebuild the UK. Such was their importance that the UK government gave them all indefinite right to remain in the country with no need for documentation.

Fast forward to 2014, everything started to unravel. The 2014 Immigration Act required foreign nationals living in the UK to supply the appropriate documentation clarifying their right to remain. This was despite the fact that all of those who travelled from the Caribbean to the UK were promised automatic indefinite right to remain at the time. While the UK government has already acknowledged that serious mistakes were made, and set-up a compensation scheme, many people might be unaware of the severity of these mistakes.

While the focus has been on the Windrush generation, there are also implications for future generations. We have heard stories of mental stress driving people to suicide, aggressive deportations and individuals stripped of their dignity and basic human rights. Many people automatically assume that personal injury claims relate to physical injuries when this is simply not the case. Mental injuries are treated in the same manner as physical injuries when it comes to the court of law.

As many of the original Windrush generation were unable to provide the documentation required under the 2014 Immigration Act they were stripped of an array of rights such as:-

This is just a selection of the many rights which were stripped away from the Windrush generation. When you bear in mind that personal injury claims revolve around negligence, it seems that many have a fairly strong case when for example an individual is unlawfully denied access to medical treatment. We can only imagine the catastrophic impact this can have on a person’s physical and mental well-being let alone their chances of survival!

While the UK government is currently attempting to “put right the wrongs of years gone by” this is an extremely difficult situation. When you also consider the fact that the UK government destroyed many boarding passes (and similar documentation) which would have proved the right of many to remain in the UK, how will it ever be resolved?

The UK government has been forced to act quickly to address the real problems associated with the Windrush scandal. Hundreds of millions of pounds in compensation has been put to one side to cover claims. Individual legal action has been further complicated by the need for at least some documentation and evidence to prove a right to remain in the UK. People have lost houses, families have been decimated and many were illegally sent back to the Caribbean. Indeed some from latter Windrush generations were “returned” to the Caribbean even though they had only ever known life in the UK.

There seems to be a general misconception that governments of the day cannot be prosecuted as a consequence of injuries, physical or mental, brought on by negligence. The simple fact is that physical or mental injuries brought on by government negligence can and will often result in legal action. If we take the Windrush scandal as one example, literally hundreds of millions of pounds of taxpayer’s money has been put to one side to cover compensation. This is before we begin to look at the legal and administration costs which are all directly related to the 2014 Immigration Act.

We have seen many different court cases over the years relating to failed projects, reduced funding and the stretching of resources. While many of these cases have been defeated in the court of law there have been numerous occasions where the government has been found liable. These include:-

A number of Armed Forces personnel have been injured or killed as a direct consequence of inferior/substandard equipment. There is a very stark difference between cutting back on spending and actually delivering inferior/substandard equipment. Negligence takes on a whole different meaning when it literally involves the safety and well-being of individuals on the battlefield.

Between 1957 and 1958 the UK government undertook an array of nuclear tests on Christmas Island in the Pacific Ocean. We know from official records that many of those present at the testing were not made aware of the potentially deadly dangers. There were also many other nuclear tests in the Pacific Ocean where those in attendance were not fully aware of the dangers. As we know today, exposure to radiation can lead to an array of physical and mental injuries many of which cannot be reversed and can prove terminal.

While the UK mining industry has been decimated by cheap coal imports, this was once a thriving sector of the UK economy – operated by the government. Many will relate to the images of miners emerging from the pits almost unrecognisable from coal dust. We also know that pneumatic equipment was used without any real form of protection. Fast forward a few years, many ex-miners have developed lung problems as a consequence of coal dust and “vibration white finger” as a consequence of excessive use of pneumatic equipment.

We have hopefully cast some light on the general misconception that governments are above the law when it comes to personal injury claims. Hopefully the potential challenges facing the UK/EU in light of Brexit may also be a little clearer even if insurance industry warnings have been lacking in detail.

There is also the Windrush scandal which has dragged in some very high profile politicians working in the Home Office at the time. The simple fact is whatever the situation, whatever the party involved, if you can prove physical/mental injuries were received as a consequence of negligence then you may well have a claim for compensation. If you are in doubt you should seek guidance from a personal injury claims company.