Since the UK electorate voted to leave the European Union in 2016 we have been treated to claims, counterclaims and what many are calling project fear. These relate to an array of potential issues such as the supply of goods/services post Brexit. We have seen legal challenges, court cases won, court cases lost and many more in the pipeline. So, where do personal injury victims stand with regards to post-Brexit supply issues and negligence?

As a rule of thumb, it is very difficult to take out a personal prosecution against the government of the day or an individual politician going about their “normal work”. If you look back to the Brexit campaign, and claims that the UK could save £350 million a week by coming out of the European Union, there was a legal challenge against Boris Johnson. While there was significant media interest in this particular court action in reality it did not get past the first hurdle. Why?

We all have our individual opinions on governments, MPs and the policies which they pass. Many of us will have raised issues with the regulators, from financial to medical, with differing success. However, there is one thing in common, very rarely are court prosecutions successful!

Protecting Politicians And The Civil Service

The idea behind the effective “protection” of politicians and the civil service going about their regular activities is simple. If governments and regulators were forced to look over their shoulder regarding every decision they made, nothing would get done. Sometimes they have to make unpopular and difficult decisions which may have different repercussions for different people. Unless there is a case of serious negligence and/or malicious intent it is difficult if not impossible to pursue a court case. However there are other means…..

Before we move on to potential supply issues after Brexit it is worth reminding ourselves that the public, the voting public, are meant to have the ultimate control over the government of the day. If you don’t like their policies or how they’re running the country then do not vote for them at the next election – simple. This may not help those who have suffered as a consequence of government policies but if the government of the day does not serve the people then quite simply they will not be voted back into office. The high court of public opinion is very powerful….

As Brexit was a decision made by the majority of the UK voting public who took part it is difficult to make any accusations of negligence stick. The way in which the government are pursuing Brexit may be seen by some as “negligent” but in this situation you could say that there is no right or wrong way. So, with an array of potential knock-on issues as a consequence of a no deal Brexit, 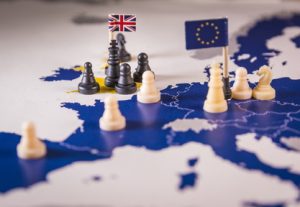 Healthcare has been one of the main topics with regards to a no deal Brexit and the potential knock-on effects. Numerous issues have been mentioned including:-

There seems to be no denying that freedom of movement throughout Europe has been of great assistance to the UK healthcare system. There are a significant number of workers in the NHS, and private healthcare businesses, who moved to the UK from foreign lands, not only from within the EU it has to be said. The situation is likely to change after Brexit with many experts forecasting significant staff shortages. As a consequence it is claimed we could see:-

If any of these issues were to result in injuries to patients then in theory, assuming negligence could be proven, there may well be a valid personal injury claim. The basis will be simple, understaffing and underinvestment in the workforce, together with potential substandard backup plans in light of Brexit, resulted in physical/mental injuries.

It is also perfectly feasible for counterclaims to be made against the NHS and private healthcare businesses from staff, overworked due to understaffing. As a consequence, some of the issues that may warrant consideration include:-

There is only so much the NHS/private healthcare businesses can do with regards to a limited pool of staff. However, maintaining services which are plainly understaffed could be classed as negligent in the event of injuries received by patients/staff.

The supply of medicines has been a hot topic of late and with many common illnesses requiring regular medication, it has been claimed there could be serious challenges ahead. Medical conditions which require regular medication include the likes of:-

This is just a snapshot of the more common medical conditions which require regular medication and where patients could be at risk in the event of supply issues. In theory, it is the responsibility of those in the healthcare profession to ensure the ready supply of medication. If they have no backup plans in place which lead to injuries, and even death, then in theory they could be found negligent and held responsible. In practice, if the defendant is able to show that they made reasonable efforts to obtain the medication in question then this may be enough for the courts to dismiss claims against them. Will we see a surge in claims against the NHS as a consequence of Brexit related issues if they happen?

All employers have a legal obligation for the well-being and safety of their staff which includes staff training. Whether the UK is able to agree a trade deal with the EU or not, all EU laws will be taken off the UK statute books. While the vast majority will be replaced by UK laws on a like-for-like basis, there might be a need for a significant degree of staff retraining in many industries. Some of the sectors/areas likely to be most affected by Brexit in the short-term at least include:-

Many of us fail to appreciate the complexities of delivering goods halfway around the world. We go online, order products and they are delivered in just a matter of days. The process behind-the-scenes will often take in different jurisdictions and different laws. While the UK is part of the EU, there is frictionless trade across all member states but once the UK comes out, this could be very different. Have employers made staff aware of the future procedures and documentation required? Has their safety been compromised in any way as a consequence of these changes? Do employers even know yet what changes there are likely to be?

Delays in the delivery of food/drink could have a significant impact upon the safety of various produce. The frictionless movement we see at the moment would be replaced by a system which has the potential for significant delays. Are hospitality companies making their staff aware of potential issues? Will there be changes in storage procedures? Could we see increased risks with certain food/drink?

On the other hand, if the UK leaves with a no deal/clean break Brexit, food and drink might be sourced cheaper elsewhere.

It seems inevitable that there will be some conflict between UK/EU laws probably more so in the short to medium term. As a consequence, accountants, lawyers and others operating in this area will need to be fully up to speed with the ever-changing scenario. If goods/services sold in the EU from the UK do not abide by local regulations, and were to cause injury, this would indicate a degree of negligence in the eyes of the law. As we have mentioned on numerous occasions, personal injury claims do not necessarily need to be physical, they can also be as a result of mental pressure brought on by misinformation/incorrect advice, i.e. negligence.

The import and export industry could see a big change as a consequence of Brexit. Much has been made of the potential impact on the agricultural sector and the import/export of live animals. While there is a strict system in place at the moment, even for movement within the EU, this is likely to tighten if the UK is seen as a “third country”. Any slip ups with paperwork/hygiene procedures could have a significant impact on the quality of the produce at the other end. Staff training could save lives!

Since the introduction of GDPR, which protects the private data of EU citizens, there has been much focus on how the UK would incorporate this after Brexit. Even in the event of a no deal Brexit there will still be a degree of trading between UK/EU businesses although this would be under WTO rules. It is therefore imperative that the UK government introduces complimentary laws to replace GDPR and all employers/employees are made aware of/reminded of their obligations.

The reality is that all industries will be impacted by Brexit in some shape or form. It is therefore the responsibility of employers to ensure that employees are prepared for changes, training methods have been updated and they are aware of any new legislation. Any form of negligence resulting in injuries to employees, customers or visitors could have serious consequences.

While initially many people believed that the UK government could be held responsible for a no deal Brexit and the potential repercussions, this is probably not the case. History shows that governments of the day are very rarely prosecuted through the courts for negligence and tend to react more as a consequence of the will of the people. Therefore, the potential liability will move further down the chain to individual companies and public/private bodies.

As long as these parties are able to show they have made reasonable efforts to address the issues surrounding Brexit this will offer a degree of protection in the courts. At this moment in time especially it is difficult to know how Brexit will pan out, will the UK agree a “deal” with the EU, will we see a hard/clean break Brexit or will Brexit be cancelled. What we do know is that the law requires companies, individuals and various bodies to be ready for the new environment.