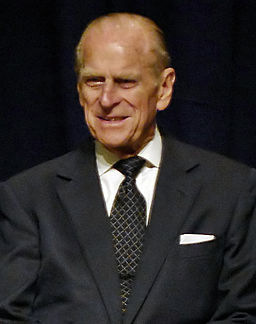 Prince Philip has been in the news over the last few days after being involved in a car accident. His Land Rover collided with a Kia, flipping Prince Philip’s vehicle into a dangerous roll and the other vehicle into a tailspin which threw it off the road. While we await details of the police investigation, media coverage alleges that Prince Philip was dazzled by the sun and pulled out into oncoming traffic. While there is no age limit as such when driving a vehicle in the UK it is the responsibility of all drivers to ensure they are fit to drive.

Any incident involving cases downright lies, this incident will be no different. Only a few days after the event it would appear that the two injured parties in the other vehicle are considering the Royal family tends to attract a degree of speculation, counter speculation and in some pursuing a personal injury claim. One of the parties in question, Emma Fairweather, has broken her wrist and been advised by doctors to take up to 2 months off work.

If it can be proven that Prince Philip was even partly responsible for the accident then there is every chance that a personal injury claim could be pursued through the courts. In light of the defendant, and in line with the majority of personal injury claims, the chances of this making it to the court room are slim at most. In the event that’s Prince Philip was found to be at fault it is inconceivable that the Royal family would not opt for an out-of-court settlement. Indeed, if the media is correct, there already appears to have been contact between the Royal family and at least one of the injured parties.

Loss of income is an integral part of the compensation system when it comes to personal injury claims. However, this is a special case which could attract other elements of compensation.

As you would expect, the media have been flocking around this incident looking for exclusive stories from those in the vehicle which was hit. We can only imagine the pressure and the constant harassment from the mass media as this is now a worldwide story. While a little unusual, you could argue that the mental stress caused by the incident, the constant hounding by the media, may well have added to the consequences of the incident.

We have covered physical and mental injuries in many of our articles because in a court of law they are treated as one and the same.

Whatever the result of the ongoing police investigation into Prince Philip’s accident, this incident has created significant focus on age and motor insurance. The Association of British Insurers (ABI) created a very interesting chart showing the relationship between age, average premiums, claims frequency and average claims for 2017. As you will see below, there seems to be a significant increase in the average value of claims towards the later years of life.

In reality, as drivers get older there is more chance of them effectively taking themselves off the road whether by choice or a consequence of medical advice. Legally, ageism is discrimination therefore it is not simply a case of reaching a certain age at which you are literally taken off the road. As the graph shows, claims frequencies reach a peak for drivers aged 18 to 20, hitting a trough between the ages of 50 to 70. During this period average premiums gradually fall and then start to rise again when a driver reaches the age of 71.

The statistics also show that drivers between 66 and 70 are the least likely to make a claim with their premiums falling to around £275 a year. When you compare that this is around a quarter of that paid by 18 to 20-year-olds, this put everything into perspective. The 66 to 70 age group also has the lowest average claims and only those in the age group 71 to 75 have a lower claims frequency. However, there is an interesting anomaly.

As you will see from the graph, while the age group 91+ has been amalgamated the average claim is around the £5600 level. This is far greater than the average claim for the age group 18 to 20 which is just over £4000. However, premiums for the older age group (although part of a rising trend) are around half of that for the younger age group. However, in defence it has to be said the percentage claims figure is lower at 9% compared to over 13% for those between 18 and 20 years of age.

Under current legislation you must renew your driving license every three years after you turn 70. Whether this involves a medical examination, being signed off by your doctor or simply continuing as normal, it is down to the individual. There are some factors to take into consideration with regards to older drivers (and indeed any drivers).

Some indicators that it may be time to consider giving up driving include:

It is actually law that you inform the Driver and Vehicle Licensing Agency (DVLA) of any medical conditions you have which may impact your ability to drive and the safety of others. This does not necessarily mean the end of your driving as many will regain their driving licence after receiving either short-term or long-term medical assistance.

Legally, if you continue to drive in the knowledge that you are not fit to drive for whatever reason then in the event of an accident you may well be prosecuted. In this instance, it is unclear whether Prince Philip’s previous health scares had any role to play in the accident but it has prompted an interesting discussion.

As you might expect, if you undergo regular eye tests your optician will likely be able to spot the early stages of various medical ailments. These will include cataracts, glaucoma and diabetes and it is worth taking advice off your GP about driving in the future. There may be cases where you lose your licence in the short term while medical attention is received; although where the issue is relatively small you may retain your licence with normal regular checks.

Whether you are 17 years of age or 97 years of age you still have the same legal obligation to ensure that you are fit and well to drive. If you were involved in an accident and caused injury to others you would likely be prosecuted in the event that you are aware of issues which may impact your driving ability. Sometimes it is easy to forget that there are such things as “genuine accidents” where there is no fault and therefore no basis on which to claim compensation – whatever your age.

We are talking about common sense and courtesy towards not only third party drivers but also pedestrians. While Prince Philip amazingly escaped unscathed when his vehicle flipped over numerous times, those in the other vehicle were not as fortunate. While the injuries are said to be relatively minor there may still be a case for Prince Philip to answer.

One issue which may impact any potential prosecution is the admission by the local council of known difficulties on this particular stretch of road. Already we have seen the speed limit reduced to 50 mph on this stretch as a direct consequence of the accident. Bizarrely, if the council was aware of potential issues on that particular road, and they failed to act, could they be held partially responsible?