In many ways, the authorities were stuck between a rock and a hard place with regard to relatively low-value road traffic accident claims. Very often the legal expenses associated with such claims would be significantly greater than the actual compensation received. As part of the Civil Liberty Act 2018 reforms, an online portal known as the “Official Injury Claim” service was created. In association with the UK government, the Motor Insurers’ Bureau launched the online service to enable those who’ve suffered minor injuries in a road traffic accident in England and Wales, on or after 31st May 2021, to make a claim.

On the surface, using online services to speed-up processing times, reduce legal costs and tackle the problem of exaggerated/fraudulent claims seems sensible. However, just a few months into the new regime, are the many earlier concerns expressed by the personal injury sector coming to fruition?

Changes to the small claims limit

Under the new legislation, we also saw an increase in the limit on Small Claims Court actions from £1,000 up to £5,000. Predominantly targeting whiplash injuries, a favourite of the fraudsters, this effectively eliminated legal costs on claims up to a maximum of £5,000. Whiplash injuries will now be assessed using a band system and, where injuries are proven, payments made without recourse to legal advice.

While many people are sceptical of the legal profession, it is only when you begin to negotiate for special damages and general damages that you will realise the importance of advice. Under the new online system and increased small claims limit, those looking to make relatively low-value personal injury claims will likely do so without any legal assistance. There is no doubt the online portal is useful, informative and streamlines the claims process, but at what cost?

If we take whiplash claims as a prime example of potential flaws with the system, this will prompt a wider debate. Imagine the scenario; you have suffered a whiplash injury as a consequence of 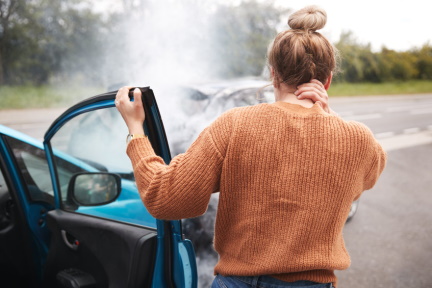 You may be aware that the official data for personal injury compensation is referred to as the Judicial College Guidelines. The Judicial College update these guidelines roughly every couple of years and take into account the range of compensation payments for specific types of injuries. There are varying degrees of severity for individual injuries with a degree of discretion when awarding compensation. However, in order to receive any compensation you have to accurately calculate both general and special damages.

General damages relate to the pain and suffering caused as a consequence of injuries received. This is the element which is covered by the Judicial College Guidelines.

This relates to financial loss and additional expenses incurred, historically and in the future, as a result of injuries received. For example, this could take into account:-

The breakdown and value of special damages will vary from claim to claim and is not always straightforward to calculate. Even if the combined claim value for general and special damages was to exceed £5,000, there is no guarantee this would be paid in full.

For example, if you were expecting a payment of £10,000, this would be over the small court limit of £5,000 and therefore legal costs could be recoverable. If the insurance company in question was to offer a combined settlement of £4,000 then any legal expenses may not be repaid by the defendant. Consequently, either the personal injury company or the claimant would need to foot the bill for expenses associated with the case.

When you consider the experience of personal injury solicitors against that of first-time claimants, there is no contest. When legal advisers talk with other legal advisers, insurance companies talk with each other, they have an understanding of what the other party is thinking. Even if they start relatively far apart on a potential compensation award, they know there is a degree of negotiation to arrive at an “acceptable figure”.

As an individual, likely a first-time claimant, how are you supposed to compete with the experience of those sitting across the negotiating table?

How to do guides

It is fair to say there is significant in-depth information on the Official Injury Claims website to, in theory, allow you to calculate your compensation claim. In reality, without the relevant experience, those in the industry expect the value of claims to fall going forward. Whether a mixture of naïveté in calculating their compensation claim, or inexperience in negotiating, it is difficult to see how claimants acting alone can maximise any award. Indeed, many individuals with perfectly legitimate claims may decide against pursuing compensation.

History shows that the “where there’s blame, there’s a claim” promotions of yesteryear did not help the reputation of the personal injury industry. Thankfully, in recent times we have seen enhancements to consumer protection and the ever challenging task of addressing exaggerated/fraudulent claims. It is also important to consider the wider implications of holding third parties to account.

If third parties in breach of health and safety regulations were not held to account, why would they change their systems or invest in new machinery? It is only when these parties are “hit in the pocket” that they tend to stand up, listen and take action. With an active personal injury claims market, the cost of investing in new systems/equipment may be minuscule compared to potential compensation payments going forward. In this scenario, business owners and directors are obliged to take the appropriate action.

While there is no doubt that the online portal will prove useful for relatively simple claims, it only covers those inside a vehicle where the claimant was driving or a passenger. Currently, there is no provision to use this system for motorbike, cycling or accidents involving pedestrians. Whether this may change going forward remains to be seen, but there are certainly gaps in this new online system.

Historically, many personal injury claims companies have worked with a No Win, No Fee agreement in place, under the proviso they were able to claim back legal fees with successful prosecutions. Normally, where the claims advisor believed there was a good chance of success, they would likely offer a No Win, No Fee claim. In this scenario, it is commonplace for companies to negotiate a share of any compensation up to a maximum of 25%

Are No Win, No Fee arrangements viable?

At this moment in time the jury is out with regards to the viability of No Win, No Fee arrangements for relatively small compensation claims (up to £5,000). We know that a number of claims companies have introduced their own online services, as a means of cutting their own costs, but there will always be additional charges. It may be a case of claims companies charging individual fees for:-

Again, this brings us onto the subject of the cost of pursuing a personal injury compensation claim. While only relating to relatively small compensation claims, we may see a significant reduction in the number of No Win, No Fee arrangements available. Consequently, many guilty third parties may not be held to account and refrain from investing in new health and safety systems/equipment.

Many people fail to realise the long-term ramifications of such wide-ranging changes in the way that relatively small compensation claims are pursued. While everybody appreciates the need to tackle the historic problem of exaggerated/fraudulent claims, is there a danger of throwing the baby out with the bathwater?

As we mentioned above, the UK authorities and the insurance sector are caught between a rock and a hard place. Relatively low value compensation claims, predominantly whiplash cases, have been the subject of exaggerated/fraudulent claims for many years. Whether removing a cost-effective path to legal advice for all parties is the right move is debatable. On the flip side, the new system is expected to deliver long-term savings in excess of £1 billion which the insurance industry has promised to “reinvest” into reduced premiums.

There is no doubt that the UK authorities are being pulled in all different directions by various parties defending their own interests. It may be that the online system introduced earlier this year is not the finished model; we may see a number of changes in the short to medium term. History shows that many of the concerns expressed by the personal injury industry are coming to fruition.

Ultimately, if the new legislation leads to a reduction in road traffic accident claims, and other claims up to a maximum of £5,000, this may have a negative impact on long-term health and safety. Who would be a legislator?