Car insurance has for many years been the most difficult market to police with regards to fraudulent personal injury claims. The government has introduced an array of new regulations which will reduce the expenses associated with injuries such as whiplash but it is difficult to eliminate all fraudulent claims. There is no doubt that fraudulent claims are pushing insurance premiums higher and higher which is causing more people to look elsewhere and exacerbating the problem. One activity which has become fairly commonplace of late is fronting.

Fronting is simply the process by which a motorist agrees to cut the insurance costs of another motorist by declaring themselves as the main driver of the vehicle – when in reality that is not the case.

The most common scenario is a young driver who has just passed their test but cannot afford what can be extremely high insurance premiums. A parent of the young driver, or another qualified driver, will “pretend” they are the main driver of the vehicle with the other individual noted as a “named driver”. 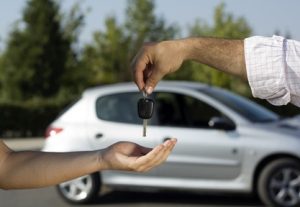 Despite the fact that fronting is actually illegal there are signs that many new drivers are looking down this particular avenue to cut their insurance premiums. It is unclear whether these parties fully understand the situation because strictly speaking this is fraud. In these situations the “main driver” will often never drive the car and instead it will be under the control of the “named driver” 24 hours a day, seven days a week. Those who believe they will never be caught with this particular practice may need to think again because the insurance companies are becoming more switched on and are more than likely to uncover such a strategy.

When you bear in mind how difficult it can be to pursue a bona fide personal injury claim in the current environment why make it more difficult for yourself? The insurance companies have seen all different types of “fronting” insurance policies and therefore they know what to look for, the regular scenarios, and how to obtain information from those involved which could potentially incriminate them.

Fraud is a very serious matter and one which the courts regularly stamp down upon as a means of discouraging others to follow suit. The likelihood is that you would receive a financial penalty but on occasion, depending upon the severity of the case, a jail term would not be out of the question.

It is also worth noting that any criminal conviction will almost inevitably have a major impact upon your credit rating and credit applications in the future. Indeed it would also be taken into account when applying for insurance and could lead to a refusal or at best significantly increased premiums. So not only could would you end up paying a financial fine, or possibly going to jail, a fraudulent claim using a “fronting” insurance policy could be like a noose around your neck for many years to come.

There are a number of ways to reduce your car insurance premiums which will still give you the cover which you require but on a legal basis. They include:-

Many people prefer to pay their insurance premiums on a monthly basis perhaps unaware that this may increase their base premiums by up to 30%. So, there could be significant savings to be made if you have the money available to pay your bill off in one go.

Many insurance companies will offer additional services such as breakdown cover as a matter of course. Unfortunately, many people are probably unaware that their bank may well offer a similar service at a reduced cost (or free). So, when you find insurance policies which best fit your requirements you should check out any additional services and compare and contrast them against others in the market.

It is extremely likely that you would be able to reduce your car insurance premiums by shopping around – in some cases quite dramatically.

When a car insurance company gives you a quote they will take into account your age, area you live in, how your vehicle is stored (parked), previous driving convictions, the type of vehicle, etc. We know that young drivers are much more likely to make an insurance claim compared to older more experienced drivers and their claim costs tend to be higher than the average. This is why young drivers are advised to stay away from fast sports cars in the early days of their driving life as faster cars would be perceived as being a higher risk factor to an accident.

The fact that insurance companies are legally obliged to pay out on third party personal injury claims even if the insurance policy has been “fronted” is yet another cost for the motoring public to bear. Insurance companies are spending a lot of money attempting to detect fraudulent activity and while they are having moderate success it is a never-ending battle.